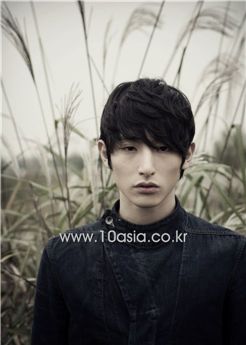 My name is Lee Soo-hyuk. It's actually Lee Hyuk-soo and I had been using both names for quite a while until I decided to settle with Lee Soo-hyuk. My parents and old friends who’ve known me for a long time call me by my old name Hyuk-soo but I don’t mind being addressed as Soo-hyuk either because it has been my name that I have gotten used to for quite some time now. It’s Hyuk as in the Chinese character “赫” meaning 'brilliance' and Soo “秀” as in 'outstanding.”'

I was born on May, 31, 1988. I have lived mainly in Seoul and the Gyeonggi Province. My family is composed of my parents and a four year younger sister. She will take the college entrance exam this year so my dad threw a party for a one day and I bought the cake for it. Due to our age difference, I haven't had the chance to get very close with her but I’ve been trying to be more considerate to her for the past few years.

During middle and high school, nothing much happened. I didn’t like wearing a school uniform but aside from that I wasn’t all that different from others. (laugh) Just drop me off to any place and I’ll adapt somehow. In high school, I couldn’t attend class regularly like others because of shoots. But I had a hard time in college. I felt like I was getting in the way of other people because of strict discipline within the department of film and theater so I took a leave from school.

Until I filmed "The Boy from Ipanema," I had never actually seen a real jellyfish. I liked the unique and unrealistic vibe that jellyfish exude because it's like an imaginary creature. But then I got lightly stung by one during filming so I ended up getting hurt and now I don't like the creature one bit. My low, gruff voice seems to work well for me. Voice matters a lot when it comes to acting and it is fun to have a voice tone that betrays my look.

When I was young my mothermade me try out lots of things such as sports and music. I hated being forced to do them but it has turned out to be worthwhile for my acting career. The swimming lessons had helped for my shooting of “The Boy From Ipanema.” And the flute and piano lessons will help for when I shoot upcoming TV series “What’s Up” which will be aired next year.

Surfing is the sport I’ve always admired. I learned to surf three weeks ahead of going into shoot and it felt great when I stood on the board on top of the waves. It's probably like a 'running high' marathon runners say that they get from running.

The scene where I swim across the open sea was shot in a flying airplane. Because there had to be no one but me in the sea and it's too expensive to fly a plane, so I ended up swimming back and forth about 20 times that day. Of course I was tired but the situation couldn’t be helped. At the end I found myself swimming with a group of mackerels. (laugh)

I’m 184 centimeters tall, 61 kilogram in weight but my weight changes a bit depending on situation. I was born skinny but I try to exercise regularly. I usually work out with my trainer at the gym but I couldn't do that while shooting “Ipanema” where I was shot bare-chested most of the time. I ended up just working out on the chair of my room (laugh).

In the new TV series “What’s Up” I play the role of a music genius in the department of music composition with the image of the typical city boy. To play a role of a genius.... makes me feel a bit uncomfortable (laugh) since it means I have to play really well. I'm taking piano lessons again.

I feel the most baffled when people ask me about fashion. I just wear what I like and talk with my friends and that’s all there is to it, really. I’ve never tried dressing anyone either so whenever somebody asks for my advice…. I really feel lost.

I am a bit shy. I'm not that sociable either so I mostly hang out with friends I already know. The friends that I meet are usually friends from back in high school. We all went to different high schools actually but somehow got close because we all used to hang out in the same neighborhood. There are people who see us as some kind of 'celebrity group' because of some of us are popular such as being singers, stylists and other jobs but that's a misunderstanding. We just happened to become friends.

I’m not good at doing things that I’m not interested in. I would rather spend my time doing what I like because there are so many things I'd like to do and achieve. I like movies so much that I’d like to be involved in that industry in one way or another and later on, maybe import good movies or make a good sum of investment in the industry if the situation allows me to someday.

If I got cast for a romantic drama I would prefer to take on the role of a villain. Although many of the photographs I have posed in make me look trendy and slender somewhat - slender for a guy? (laugh) - well anyone, not so manly, I’m actually much closer to being masculine in real life. And in romantic dramas in particular, it's the bad guy that starts the incidents so I want to try playing such a role. 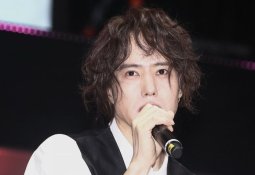