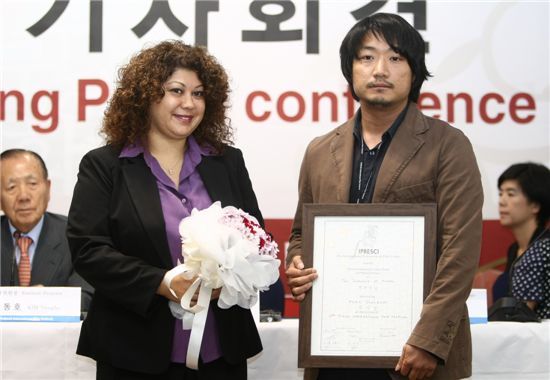 The 15th Pusan International Film Festival (PIFF) wrapped up nine days of festivities with Korean films sweeping the awards in the category of New Currents competition.

Park Jung-bum of "The Journals of Musan" and Yoon Sung-hyun of "Bleak Night" took the two prizes handed to films by young and new directors on their debut or second features on Friday, the last day of this year's PIFF which started October 7.

The film also won Park the International Federation of Film Critics (FIPRESCI) award, a title claimed by the movie which balances its cinematic values with contemporary political issues.

In "The Journals of Musan," Park had portrayed the difficulties a North Korean defector faces after he moves to South Korea. Yoon's "Bleak Night" follows how two students cope with the death of a friend in South Korean soceity.

The film tells about how the life of a 20-year-old woman changes after she experiences a performance of Mozart's "Requiem."

At this year's PIFF, which closed with three-part omnibus pic "Camellia," a total of 306 films were screened of which a record number of 153 films made world and international premieres.

Starting next year, the film festival will be held at the Dureraum, or Busan Film Centre, which is set to finish construction next September.