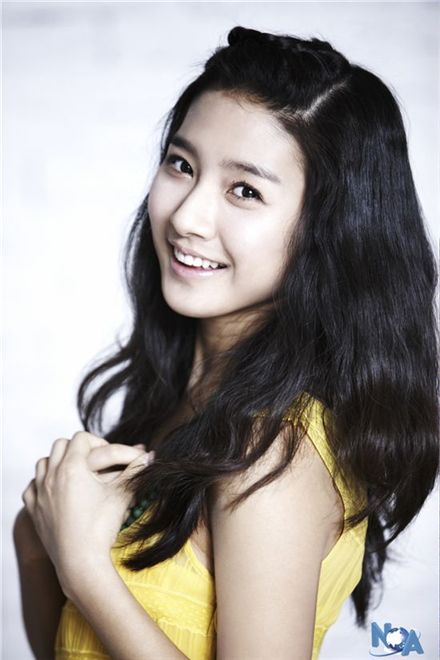 Korean actress Kim So-eun's popularity in Taiwan has been on the rise, according to her agency N.O.A Entertainment on Thursday.

N.O.A announced in a press release that Kim is becoming increasingly popular in the country after KBS TV series “Good Day” began its run in the country's Star TV channel on July 22.

The agency also added that a local newspaper printed the childhood photos of the actress on their front page.

"Kim has become a notable actress in other Asian countries as well since starring in the hit series 'Boys Over Flowers' last year," several sources in Taiwan explained.

An official with N.O.A said the agency has been receiving numerous requests from fans in Taiwan asking for her visit. Kim made her debut in 2005 in the MBC drama "Sister of the Sea." The actress appeared in several other series such as "Sad Love Story" (2005) and "The Iron Empress" (2009).

She rose to fame after playing the role of Choo Ga-eul in KBS’ "Boys Over Flowers" starring Korean actors Lee Min-ho and Kim Bum.

She is currently starring as Oh-bok in daily drama "Good Day."

Pictures and fan made items for Kim So-eun [N.O.A Entertainment]