Jeon Do-youn will be walking the red carpet at Cannes for the first time in three years since winning best actress at the Cannes Film Festival in 2007 for her role in film "Secret Sunshine".

During the three year gap between films "Secret Sunshine" and "The Housemaid," Jeon Do-youn went through big changes in her life -- getting married and giving birth. Ironically, Jeon had been single when she played a mother who had lost her son in "Sunshine" while she turned a mother when playing a maid who has an affair with a married man in "Housemaid". Jeon met with Asia Economic Daily on April 19, prior to the film's opening, and talked about her husband, saying that "he believes me and wants me to stay as the actress I am. When I am going through difficulties, he tells me 'you are not the type of person to be swayed by such things, so have faith in your choice and just keep going' and I respect him for that."

"It may not be the case every time but he is someone who believes in me whenever I am making a huge choice. If my parents were the ones who did that for me before I got married, my husband is the one who fulfills that role now," she explained.

"Housemaid" drew much attention not only because it was a remake of the 1960 film of the same name by the late Korean director Kim Ki-young but also because it would feature Jeon Do-youn in several provocative, skin-exposing scenes. It is easy to assume that it was not an easy role to choose to take on for a married actress. "There is no such thing as bad publicity, so I am not too worried or overwhelmed about it," said the actress. "I don't think that the film has any visually shocking scenes but so much hype has been made about the scenes. I do worry that the fans' expectations might be too high."

"I don't think anything has changed after I got married, but my values as a human have become stronger. I think my love for work has gotten bigger. Whether I wanted it or not, I have become a mother and wife but that cannot be my true self. I think the true nature of Jeon Do-youn comes out when she is working, so I'm more appreciative of my work now. I had tried to separate the human being Jeon Do-youn from the actress but that has actually helped me in accepting myself as the actress."

For a married actress, it is certainly no easy feat to balance her family and her acting career. Jeon, who says that she would have shown a different kind of acting had she been a mother when she shot "Secret Sunshine", was surprised at herself for how much having a family and a child affected her acting for "Housemaid."

"I realized for the first time in my life what it feels like to act when you have a child. Really, it wasn't easy to be completely separated from my family. I had to be a lot more cold-hearted. When I was filming in Yangsuri and had scenes to shoot the next day, I didn't go home because I wanted to focus on just one thing. 'Housemaid' was a very difficult movie to work on and I felt like it would be hard on me if I didn't concentrate."

It was her husband who understood her pain when she had to stay on set for as much as a week. "Whenever I felt vulnerable, my husband told me not to worry and didn't even tell me when my child got sick. He said, 'everything is just fine even when you are away for a bit and the child is fine too." She says her husband gave her strength.

Jeon revealed however, that she will not be attending Cannes with her husband. The reason being, as she says, "I am not trying to be mysterious but I just want to show myself as the actress Jeon Do-youn. I don't want to plant any other image than that."

"Housemaid" opens in Korea on May 13, a day after the Cannes Film Festival kicks off. Surely, many Koreans -- including her husband -- will be proud to see Jeon Do-youn on the red carpet. 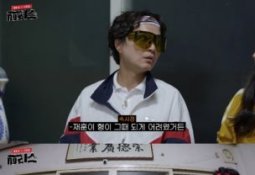