"Cinderella" is not quite the fairy tale, says Taecyeon (1)

인쇄하기 스크랩 RSS
폰트축소 폰트확대
Q: You must be quite determined since this is the first drama you're taking on since being discharged from the military.
Chun Jung-myung (Chun): While I was in the military, I had mentioned to Zo In-sungthat I would like to take on a certain type of drama and it was similar in certain ways with "Cinderella." So I was happy when I got the part. I do feel pressured because reports have been saying I'm making a comeback for the first time in four years. I'm just focusing on my acting for now.

Q: What was it about "Cinderella" that worked for you?
Chun: I personally had wanted to do a film but had told Zo that it may be better to do a drama first since the reaction comes faster. After I made up my mind to take on a drama, I thought hard over which I should do. I didn't think I would be ready to take on genres outside youth romance so "Cinderella" worked for me in that aspect too. And more than anything, I liked the producer and scenarist. My close actor friends, such as Ko Hyun-jung and Zo In-sung, had been in dramas by Kim Kyu-wan. They said I'd have a hard time because my lines would be long but they told me it would be great and it would be an honor for me. Gi-hoon wasn't supposed to play such a big part in the drama. That's why I thought a newcomer would play the female role opposite me. But the script got changed the more I talked with the scenarist and my role got better. Q: What was your first impression of each other Moon Geun-young and Seo Woo, since you two would constantly face each other in the drama?
Moon Geung-young (Moon): I did have a lot of interest in her because I had seen the roles she had played. I wanted to meet her as a fan because I had thought, "How could there be an actress like her?" but honestly, I was scared to act with her. There is a fear I feel when I meet an actress who I think may be better than me because I want to be good too. But I realized I had been having silly thoughts after meeting her on set and talking with her a lot. I'm going to have to act in harmony with her anyway. I'm shy so I liked Seo Woo who has a lively and warm personality. I think we're working well together since there aren't many actors our age.
Seo Woo: Moon is the so-called 'national younger sister' and looks young too but I felt a bit bad because I was playing the younger role in the drama. It's easy for the older person to act the role of the younger person even if you first meet but I thought it would be difficult to do it the other way around so I asked her to treat me as if I was younger. I didn't worry though because Moon has been acting for a long time now. There is a vibe about her which makes her worthy of playing the main character.

Q: You get to wear school uniforms in the drama.
Moon: I portray my character from when she is in tenth grade to eight years later. I didn't feel anything wearing a school uniform in the past because I was used to it but I was excited to get to wear it this time. It's been a while since I've graduated so I thought to myself that I have grown older.
Seo Woo: I've worn a school uniform for almost all the roles I've played so far. I'm doing my very best this time though, thinking that it'll be the last time I wear it because I think even the viewers might cringe at the sight of me still wearing a school uniform. I would feel bad wearing one again next year so I think I'll only do it till this year.

Q: Did you not feel any burden, before shooting the drama, because you were taking on an evil role this time.
Moon: I think I was most burdened by what viewers would think of me. I took on the role thinking that it would be fun and I wasn't expecting anything in particular but to others, this could be considered a change. And some were starting to say it's an extreme change so that's when I started to feel the pressure. I still feel it and I'm worried. Q: But although you say that, there are a lot of actors who consider playing such roles as fun.
Moon: I'm not sure if it's fun because I have to be evil but it's fun because it's new. I don't use the normal form of communication -- I can be prickly with my dialogue and reactions while blowing punches so there's a fun I get out of expressing my character.

Q: Seo Woo, in your case, are there any difficulties with having to play the nice character?
Seo Woo: My character Hyo-sun is Cinderella but she's not the Cinderella who gets hated because she's overly nice. She can be quite straightforward and I'm trying to portray her in a way that the viewers will able to empathize with how even someone who is as nice as her could feel the emotions she does. I'm trying to make her into a more humane Cinderella. But at the same time, not stray too far from the original story which has been loved by so many people.

Moon, you're probably the most experienced when it comes to acting. Do you think you're playing a role as having that experience?
Moon: Age isn't really a factor once you start acting. You can't judge whether someone is good or bad from their years of experience. I actually don't know how I've helped because you could learn from a newcomer or a senior actor. Everyone has things that I don't have so I'm learning and realizing a lot. I do think I act like I'm more experienced around Taecyeon though. It's actually probably the first time I'm not the youngest on set so I sometimes feel like giving the treatment to Taecyeon. I ask him why he's late sometimes.
Seo Woo: She does that to me and Chun too. (laugh)

Q: Does your character Eun-jo change over time?
Moon: It would be hard to define her as a villian from start to finish but she's not a warm-hearted person either. She was cynical when she was young but becomes a bit more rational as she matures and makes new realizations. She's not the typical villain though. It's actually quite hard to define which characters are good or bad in the drama overall, so I think that will be the appeal about "Sister of Cinderella." 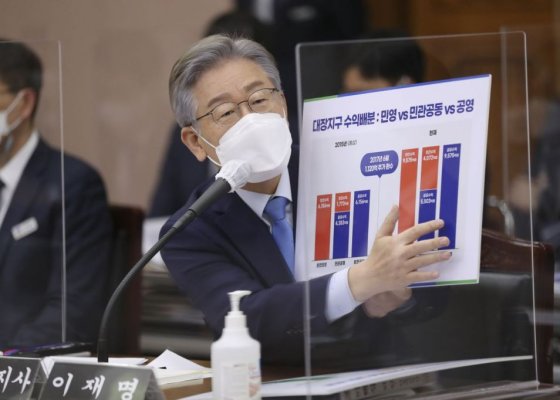