"The second daughter is always the troublemaker in a family," said actor Yoo Dong-geun who plays the role of Sang-gil. Of course, this will not apply to all families in reality but it is a cliche that appears in most dramas. This is also the key to understanding the story of this heartfelt weekend drama. A press conference held January 20, showing a clip with highlights from the show, reminded the viewer of scenarist Kim Jung-soo's former works. The combination of a capable and responsible eldest daughter, the irresponsible second daughter and the kind and tough youngest daughter can easily be seen in Korean family dramas. "Dandelion Family," (tentative title) about a pretty well-off family that starts to fall apart due to their father losing his job, will remind viewers of Kim's former works. But as can be seen from the popularity and success of family dramas, these predictable cliches are effective elements viewers continue to relate with, no matter how old they are. In order for "Dandelion Family" to become a hit, it will be up to the writers, director and cast to cook up these obvious ingredients and turn it into yet another delicacy. Anticipation Quotient
If the sound of the show's title "Dandelion Family" makes you cringe: 6
If you believe the only trustworthy people to you are your family members: 8

"I don't think we will be able to beat our strong competitor," said Im Tae-woo, the producer of "Dandelion Family," in referring to KBS2 drama "Three Brothers" which has been scoring the highest viewership rating amongst weekend dramas. As aforementioned, the new show will not try to attract viewers with over-the-top characters or provocative plots. The audience will be attracted to the familiarity of this family drama, which will surely pull at your emotions. If "Dandelion Family" remains on the path it initially intended to walk on, it may not secure high figures for its ratings but at least will not disappoint viewers who are hoping to see a warm family drama. 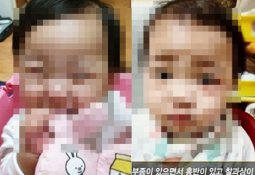