SBS drama "Will It Snow On Christmas?" is all about love

Press Conference for SBS TV series "Will It Snow On Christmas?"


Writer Lee Kyung-hee of hit KBS TV series "I'm Sorry, I Love You", director Choi Moon-shik of SBS drama "What Happened in Bali" and actors Ko Soo and Han Ye-seul. One can anticipate what sort of drama new SBS TV series "Will It Snow On Christmas?", which held a press conference at Seoul's Imperial Palace Hotel on November 25, will be like by merely looking at its actors and creators. A man and a woman, who were each other's first love, meet years later and fall passionately in love as in "I'm Sorry, I Love You", and a rich heiress is added onto the relationship, like in "Something Happened in Bali". In addition, director Choi Moon-shik wants to "add the word human before melodrama and call this the human melodrama" and writer Lee Kyung-hee, known for her style of portraying the deeply running emotions between characters, joins the crew.

The highlights of the drama revealed at the press conference also emphasized the emotional flow of the melodrama it is. The complex relationship between characters Hahn Ji-wan (played by Han Ye-seul) and Cha Kang-jin (played by Ko Soo), for whom the ill-fated connection began in their parents' generation, and their romantic involvement with Park Tae-joon (played by Song Jong-ho) and Lee Woo-jeong (played by Sun Woo Sun) is similar to that of any typical trendy drama. But in the beginning of the series, writer Lee focused on convincing viewers of the emotional storyline between the characters by telling the story of the love during their childhood years (played by child actors Kim Soo-hyun and Nam Ji-hyun) with as much details as possible. Like the director said -- "I persuaded writer Lee Kyung-hee to do this because I wanted to make a drama about love and not about a particular profession or other things" -- "Will It Snow On Christmas?" seems to have its winning factor in its deep sentimentality rather than its characters or storyline. These days, elements like winter snow around Christmas time and first romantic love are so romantic that they seem almost unrealistic. Can "Will It Snow On Christmas?" give the viewers hope that the world can still see snow on Christmas and that romantic melodramas can continue to exist? The man who waited ten years for his first love, Cha Kang-jin (played by Ko Soo)
When asked why he had on a stiff expression throughout the press conference, Ko Soo answered that he "couldn't help it because that is the nature of the character I play". Cha Kang-jin is someone who cannot help putting on such an expression because he grew up without a father, continuously fought against the world and only thought about winning, whatever the circumstance. His high-school love, Ji-wan, is the only woman who accepted him just the way he is. He could not get too close to Ji-wan at first because of the long-embedded conflict between his mother and Ji-wan's father, but several fateful incidents leads him to open his heart to her. Ten years later, he meets Ji-wan and falls in love with her again. "My character is someone who is extremely thorough and precise. I'm trying very hard to express that in my acting. I saw the highlights in the video but I'm worried because I feel that he still seems soft in parts."

"I'm trying to look more beautiful and more lovely", Han Ji-wan (played by Han Ye-seul)
The female characters in Lee Kyung-hee's dramas are often confident and brave and Han Ji-wan in "Will It Snow On Christmas?" is also a character who is cheerful and courageous. She bravely confesses her love for Cha during their childhood days and is strong enough to put on a smile on her face in front of others even when she is sad. Han Ye-seul was quoted as saying, "In the beginning, I tried to maintain the cheerful atmosphere of the drama and show my character as someone who is strong and optimistic." Having wanted to work with writer Lee and director Choi before she had even read the script, Han Ye-seul says she "fell in love with Han Ji-wan" after reading the synopsis."In such fast-paced and hectic times like today, I hope the drama will make viewers feel warm inside when they watch it," the actress at the press conference.

The heiress who knows nothing but love, Lee Woo-jeong (played by Sun Woo-sun)
The glamorous daughter of a conglomerate who has an extreme passion for love. It seems only natural that actress Sun Woo-sun, who has shown much range in her acting through hit MBC TV series "Queen of Housewives", was cast in "Will It Snow On Christmas?". Like the actress describes it, her character Lee Woo-jeong is "either extremely hot or cold, someone who is passionate about work and innocent when it comes to love." So the daughter of a conglomerate falls for the penniless Park Tae-joon and after he leaves her, she opens up her heart to Cha Kang-jin and falls in love again. Outward appearance is important for the role, Sun Woo explained, saying that she "lost about 3 kilograms to portray this luxurious and sensitive character." Will Sun Woo-sun, who rose to stardom with "Queen of Housewives", be able to make her mark as an actress with "Will It Snow On Christmas?" "I begged my manager to take on this drama no matter what" Park Tae-joon (played by Song Jong-ho)
Actor Song Jong-ho explained that his role "has a lot of sadness." Park Tae-joon's family went bankrupt with the Asian economic crisis and when he fell in love with Lee Woo-jeong without knowing who she was, he had to face many difficulties due to her family's disapproval of their relationship. Song said that he had to think deeply about the script when he acted out his role because his character had "a lot of scenes where he laughs although he actually might be in a very frustrating situation." He said, "I cried when I first read the script. It was so entertaining and sad and it had a lot of great lines. I thought that whoever gets to to play Tae-joon would be very happy. Right now, I'm very happy to be shooting the drama."

What to Watch For
Major broadcaster SBS has recently been suffering from low ratings of its mini-series dramas due to blockbuster hits such as MBC's "Queen Seon-deok" and KBS's "IRIS". The dual combination of writer Lee Kyung-hee and director Choi Moon-shik, and actors Han Ye-seul and Ko Soo is perhaps the best card that SBS has to offer. With many blockbusters, family and trashy dramas airing these days, it is quite a risk to put out a traditional melodrama on television during prime time. "Christmas" premieres on December 2 at 9:55 p.m. 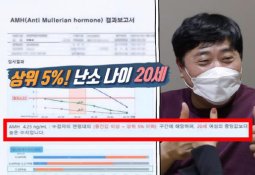