The actress took the award for her role in film "Mother", claiming her second win for the part at an international film event this year. Earlier this month, she won the Best Actress award at China's Golden Rooster and Hundred Flowers Film Festival. Kim, a veteran actress, has received more than a few appraisals for her performance in the film helmed by directed Bong Joon-ho. Critics from Cannes, Toronto, Vancouver and New York film festival have complimented Kim's acting, praising it as "the performance of the year" and "exceptional acting that expresses heaven and hell on a single face."

Held on the Gold Coast in the state of Queensland, Australia, other Korean winners at the event were director Yang Ik-joon of "Ddongpari", who received the High Commendation award from the jury, and filmmaker Lee Chang-dong, also producer of "A Brand New Life", which won the spot for Best Children's Film.

"Mother", which co-stars Hallyu star Won Bin as the mentally disturbed son, has been sold to 12 countries including Australia, Brazil, England, France, Germany, Portugal and U.S. 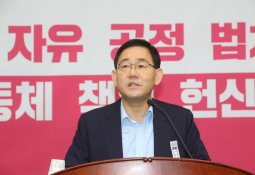