INFINITE pledges to raise awareness of child poverty with UNICEF 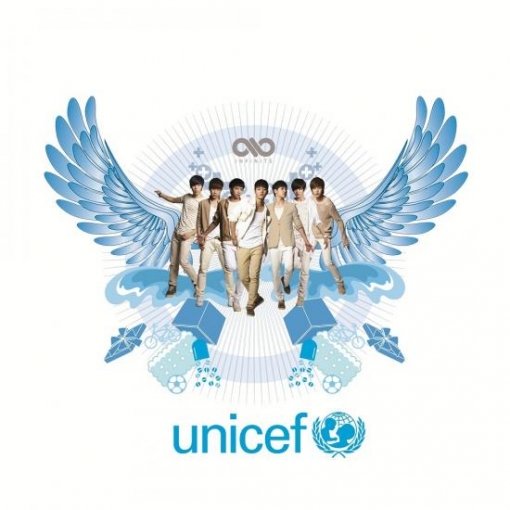 Korean male idols INFINITE will be taking part in a charity campaign hosted by the United Nations Children's Fund (UNICEF), according to their agency Woollim Entertainment on Wednesday.

Woollim said in a press release that INFINITE expressed their will to join the
2012 UNICEF Birthday Donation Campaign, which will begin during the second week of July. "It is such a great honor for the boys to be asked to join this heart-warming campaign. As this is something that can be done with the help of a lot of people, we're expecting for more people to notice this good-will campaign," an official from Woollim was quoted as saying.

Into its second year, The UNICEF's annual campaign aims to encourage people do make donations on their birthdays to help children in developing countries receive basic necessities as food, shelter and clothing.

INFINITE -- formed of Sung-kyu, Dong-woo, Woo-hyun, L, Sung-yeol, Hoya and Sung-jong -- is currently on a roll with their third mini-album "INFINITIZE," which has collected a number of wins on televised music programs with the title track "The Chaser." ※ Any copying, republication or redistribution of 10Asia's content is expressly prohibited without prior consent of 10Asia. Copyright infringement is subject to criminal and civil penalties.